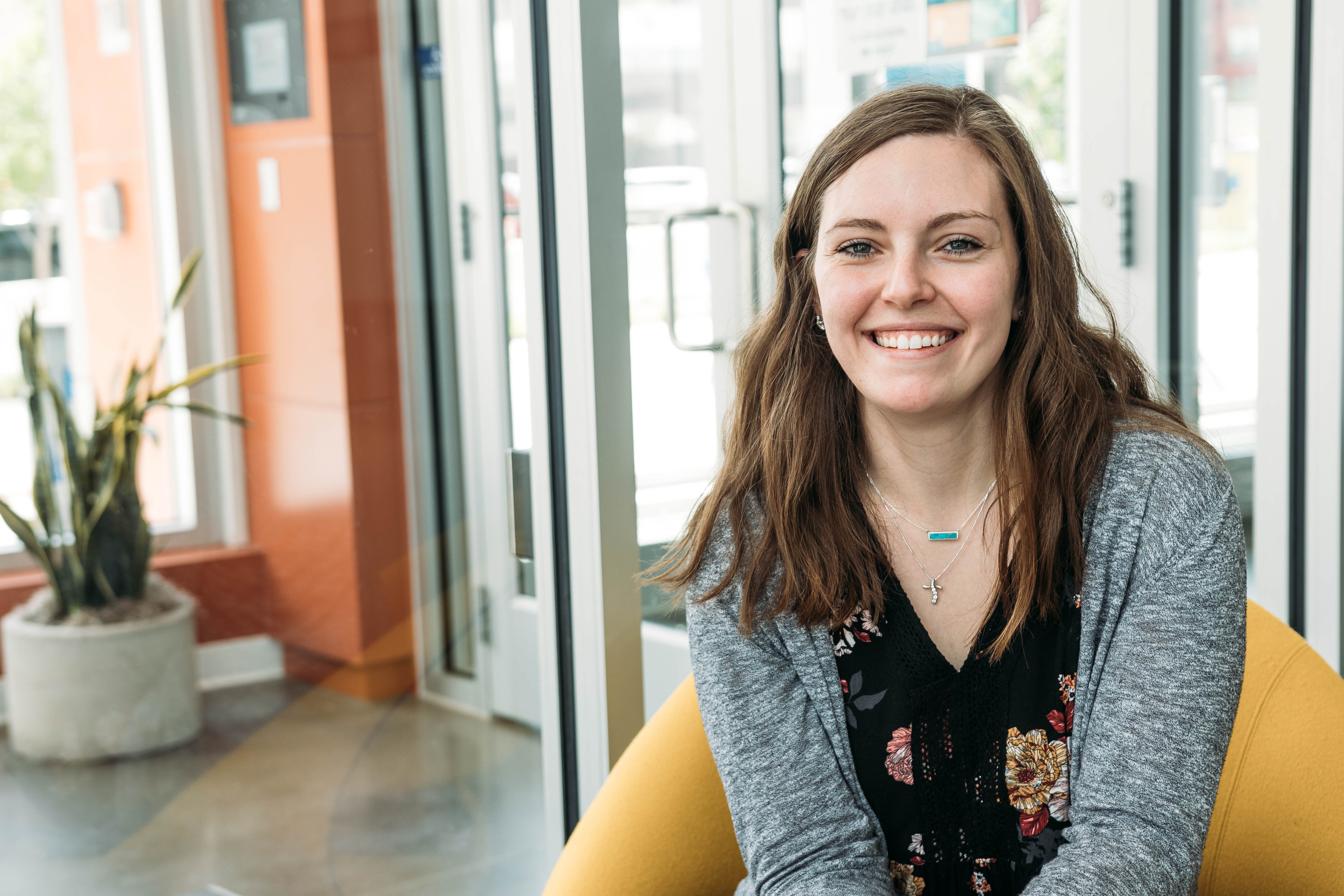 Augusta Casterton was eight years old when she came to Rochester for the first time, as a patient inside Mayo Clinic’s cardiac department. She had complained of chest pains, and the regional clinic in her hometown of Decorah, Iowa couldn’t do the necessary imaging to figure out the problem.

After running an echocardiogram (an image of the heart) on Augusta, Mayo doctors diagnosed her with a condition called mitral valve prolapse with mild regurgitation — basically, she has a leaky heart valve. Clinic doctors told her to come back every few years to make sure things were going fine, and ever since then, she’s traveled from Decorah to Rochester for routine checks — with no issues found at any point.

She says her next appointment is in January 2022, but instead of crossing state lines to do so, all she will have to do is cross the hallway. Casterton, a member of the University of Minnesota Rochester’s Class of 2021, has started her post-grad life as a cardiac sonographer at Mayo Clinic — working in some of the same rooms she sat in as a child.

“It’s been pretty surreal to go through this transition, from being a patient to being the one doing the scanning,” said Casterton. “I can really put myself in [the patient’s] shoes and give them the kind of care I wanted for myself. I know the questions that people have, because those are the questions my family had. It’s a really unique feeling for me.”

Casterton says her journey to echocardiography wasn’t a linear path, even with her prior experiences at Mayo — originally, she wanted to get her CNA (certified nursing assistant) classification and get into nursing, which she began to pursue at the University of Northern Iowa (UNI).

However, after Casterton finished her generals at UNI, she ran across UMR’s Bachelor of Science in Health Professions program and learned of the close connection between the university and Mayo Clinic School of Health Sciences. She had never thought of going into cardiac sonography as a career before, but the more research she did, the better the program sounded to her — so she decided to make the trek north again, not as a patient, but as a student.

Within a few weeks of coming back to Rochester, Casterton was working alongside full-time sonographers and physicians, eventually working up to a full-time role. With the 21-month program now behind her, she says she ended up exactly in the right place.

“I always thought echo[cardiography] was cool, but I didn't really pursue it until I got to UMR,” says Casterton. “I really feel like I’ve found my place here and have learned a lot. The connection between UMR and Mayo Clinic is so unique, and I really think the program is unmatched. You can’t get this experience anywhere else.”

Casterton now works works in the cardiac imaging lab, though her long-term goal is to work in the pediatric unit. She says it’s an opportunity to thank the team that has kept watch over her, and to show a little bit of extra compassion to children that need some consoling themselves.

“The whole hospital experience can be a really intimidating experience for kids, but if you’re able to tell them ‘hey, I’ve been in your shoes before, it’s going to be okay,’ a lot of them will calm down right away,” says Casterton. “It’s so rewarding to see them understand they’re in good hands.”

This story is included in Med City Beat's June edition of On Campus.