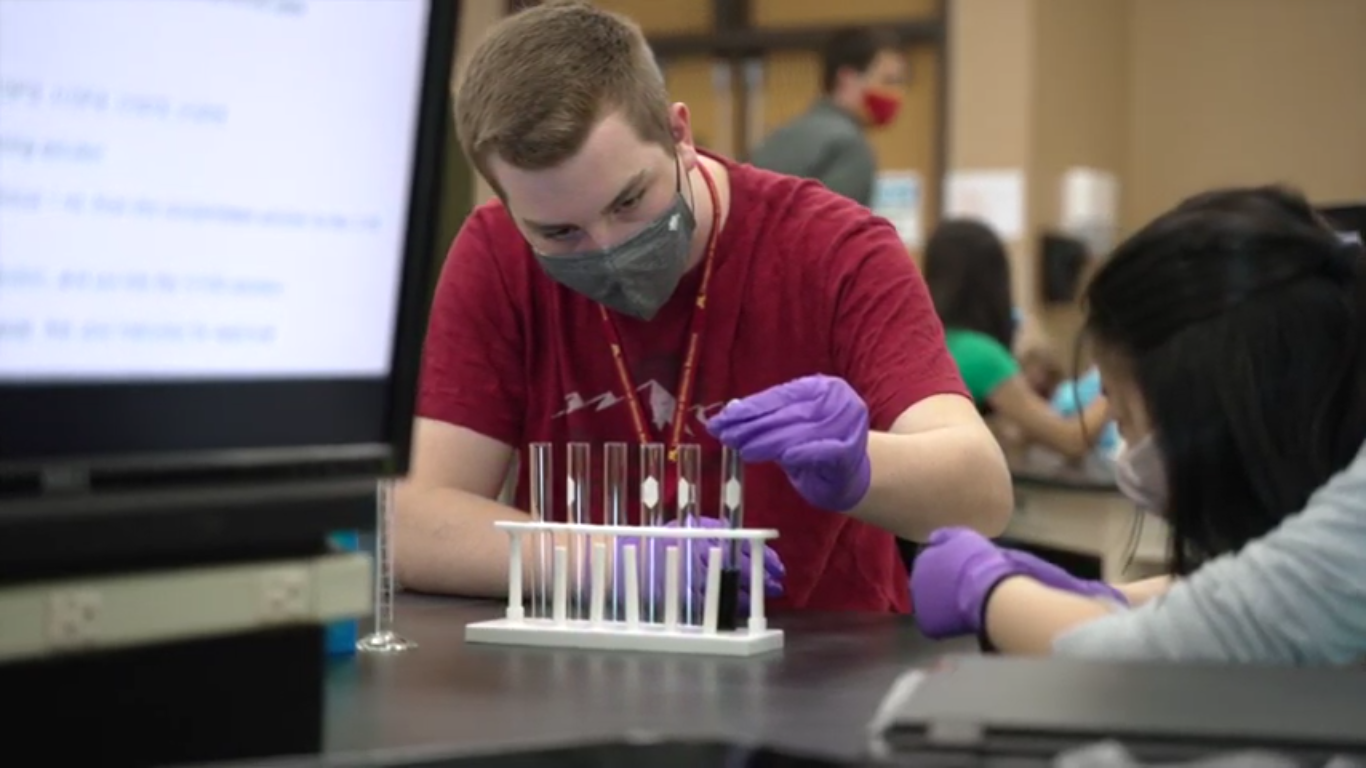 For the past few months, the halls inside the University of Minnesota Rochester had been a little quieter than normal. But for one week this summer — typically a slower time inside a college campus — UMR came to life once again, albeit without a single college student in its midst.

In their place, 35 rising high school seniors from across the country came to downtown Rochester to participate in the UMR NXT GEN MED Summer Quest program, tackling four key issues for the future of health care during the first seven days of August — and bringing the energy back to campus with them.

“It was refreshing to be back in the classroom, for sure,” said Jered Bright, a mathematics professor at UMR and Summer Quest faculty member. “Seeing kids back in the seats, it reminded me ‘oh yeah, this is what UMR is like when everyone’s together.’”

Jeffrey Ratliff-Crain, UMR’s Vice Chancellor, says students came to Rochester from as far away as Connecticut and New Jersey to be a part of the program, offered at no cost to them. The final group of 35 were hand-picked from a bevy of applicants, taking the most enthusiastic learners plus those who would benefit most from getting a “running start” into higher education.

“We know that many students come into school with an idea of what they want to do, but within a few years they’re in something different,” said Ratliff-Crain. “We wanted to fill the void a little bit by giving these students an accelerated program for their current level of schooling, and give them the opportunity to learn how to navigate a college experience through programs that interest them.”

Bright said he had been teaching his actual students virtually for the duration of the pandemic, so the Summer Quest students constituted the first class he’d taught in-person since Covid-19 struck.

“The depth of questions I received was profound, frankly,” said Bright. “They were beyond what I normally get from my first-year students. I can only speak for what I saw, but in my class, they were engaged, talking with each other and it was all on topic.”

But while the students excelled, Ratliff-Crain and Bright both recognized the importance of letting the teenagers be… teenagers. There were set movie nights, field trips to Whitewater State Park, and other fun activities, but Ratliff-Crain said some of the most rewarding images in his mind were ones that came completely outside of the Summer Quest program — when the students used their free time together.

“We saw students hanging out at Soldiers Field, getting food at Thursdays Downtown, heading into the YMCA, doing all these things together,” said Ratliff-Crain. “These are students that have had a huge chunk of their high school experience forced online. These folks didn’t really know each other at the beginning of the week, but they bonded very quickly. It was just amazing to see.”

Early returns from students and faculty alike peg the Summer Quest program as a major success — and in 12 months’ time, expect the newest crop of healthcare-focused high school seniors to populate UMR’s halls once again.

Ratliff-Crain says the inaugural year was simply the precursor to what he believes will become an August tradition for the university — thanks to the work of the people that pulled it off this summer.

“I’m proud of the whole group that made this happen, especially the students and the way they worked together,” said Ratliff-Crain. “It was very much an organic creation. We tried to put together a week-long interdisciplinary program that went from the micro level, very specific examples, to fully macro, broad-scale problems, and the students handled it well the whole way.”

This story is included in Med City Beat's September edition of On Campus.