A passion for sonography brought Madison Nelson '23 to the University of Minnesota Rochester. 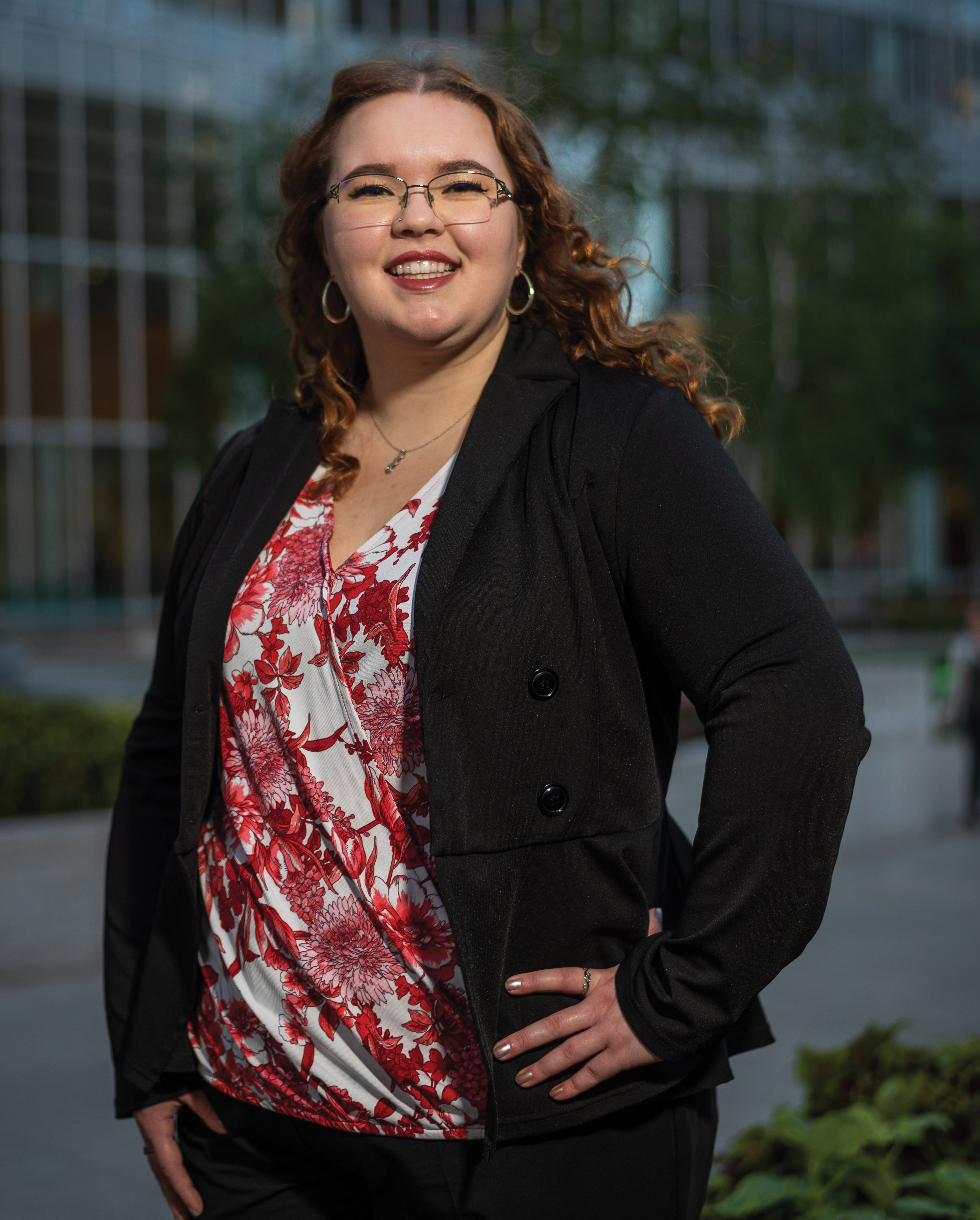 school. “My aunt was diagnosed with breast cancer, and one of the ways they diagnosed her was with a breast ultrasound that helped solidify her diagnosis. I also had a child development field trip and toured the maternity ward and saw an ultrasound in action.” Seeing those two important uses of sonography inspired her to learn more about it as a career.

“Sonography is using physics concepts I’ve learned about, and applying those concepts to help diagnose patients. It’s taking an abstract concept and making it into something physical.”

The University of Minnesota Rochester’s Bachelor of Science in Health Professions program interested her because of its strong sonography program as well as its educational collaboration with Mayo Clinic School of Health Sciences.

“When I toured the campus, it just felt right.”

Even though she loved UMR, there was still one big obstacle in her path: Madison was solely responsible for paying for college. Then, shortly after her acceptance to UMR, Madison learned she had received a scholarship, which would support her through every semester of the program as long as she maintained a full course load and kept her grades up. This substantive scholarship, in addition to some smaller scholarships, covered the full cost of tuition and board, allowing her to focus entirely on her studies. “When I first started, I wasn’t expecting to get the scholarship,” Madison says, “but receiving it was such a huge gift. I’m so thankful for it every single day. It makes my life so much easier. I’m able to put all my energy and effort into school rather than work or something else.”

The scholarship’s benefactor, Claire E. Bender, MD (pictured right) is a renowned radiologist who helped found UMR’s Bachelor of Science in Health Professions program. She served as Dean of Mayo Clinic School of Health Sciences and has worked at Mayo Clinic for 40 years. She is now professor emeritus in Mayo Clinic’s Department of Radiology and still practices in radiology. “I have always believed that the education of an individual is the best investment anyone can make,” Dr. Bender says. “I was blessed to have 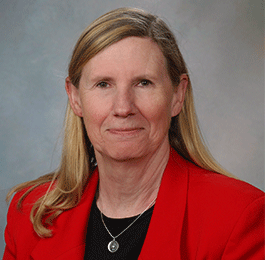 parents who believed in this. I watched my parents not only support my siblings and myself, but others. And I observed their genuine joy in doing so. Thus, I have tried to keep paying it forward for others.”

Witnessing her parents’ commitment to supporting students in post-high school education, whether at a technical college or a four-year college, sent Dr. Bender down a similar path decades later. “When I became dean of health sciences, I took that thought a little bit further, and in my time as medical director for radiography, I never, ever, saw a student have their education or training taken away from them. You always had that foundation.”

Throughout her tenure, Dr. Bender has helped many students and students to be at UMR and other universities and colleges with not just financial support, but also offering support as a mentor, coach and advisor.

Recently, when she contacted UMR about financially assisting a new UMR student, Dr. Bender was drawn to Madison’s story. “Her academic interests and her needs were demonstrated and met my expectations, so she was selected as the recipient of my scholarship. It is important to me that students study. To help them study by relieving some of that financial stress was extremely important to me. I really wanted to continue my connection with UMR in some special way.”

At their initial meeting, Madison and Dr. Bender shared their journeys and learned they had much in common. They both come from small farming communities and had many responsibilities at home while still excelling in high school. Madison describes her joy at realizing Dr. Bender related to where she was coming from: “She understood that background of raising animals while working hard in school to get good grades and being involved in as many extracurriculars as I could to give back to my community.” Madison also understood Dr. Bender’s intention for her. “She wanted to make sure I could focus on my academics rather than worry about how I was going to pay for it.”

For her part, Dr. Bender recalls encouraging Madison. “I said, ‘I just want you to study, study hard and do the best you can. I don’t want you to spend time working and worrying about money.’ I guess that’s really paid off.”

Madison has continued to excel and find inspiration in her benefactor’s example. “With my program I actually get to experience my clinicals at Mayo Clinic,” she says, “and not too long ago I came across a case that Dr. Bender had written the radiology report for. It was very cool to know she is a person at Mayo Clinic who felt it was important to help people get their education.”

Says Dr. Bender: “To have Madison be so successful, it brings me the greatest joy. I know she’s going to do well no matter where she ends up. She’ll not stop her learning.”

And just as she learned by watching her parents help students in need, Dr. Bender has now instilled that same sense of philanthropy in Madison. “Just the fact that she’s giving to me makes me want to pass it forward,” Madison says. “I want to be that person for another student in the future – help them go to college or further their education more than they thought they would.”

Read more stories from the Fall 2022 Alumni Magazine: The Kettle.